Hi, my name is Don Wesley; welcome to this my private Inn.
Just a little tiny paper Inn. Great stuff in here.
I'm two months from 82.

Published on Jan 6, 2015
Our Health Minister in South Africa has a few testimonies she would like to tell us, one is about her son with the Papilloma Virus
Midrand, South Africa (11-01-2014)
Category
Education

HI and welcome into my little Inn.
At this point of examining the evidence about MMS; I'm inclined to believe its works and does what Humble claims.


Short discussion on MMS (Chlorine Dioxide). Chlorine Dioxide can be used as a safe alternative to antibiotics, antivirals, anti fungals and has potential anti-cancer properties. Dr. Brady Hurst is a Functional Medicine practitioner and Chiropractor in Atlanta Georgia. He uses the most advanced diagnostics tools to uncover hidden dysfunctions and uses cutting edge drugless treatment plans to restore those dysfunction. This approach is critical to prevent as well as manage chronic health conditions.

A Conscientious Doctor Comments on MMS


I like the way this Doctor talks. He sounds very honest.
Welcome into my little Inn. I'm an affectionate and very serious man.

Start thinking - "Religion was invented long ago by dark forces as a form of spiritual enslavement." Start Thinking. 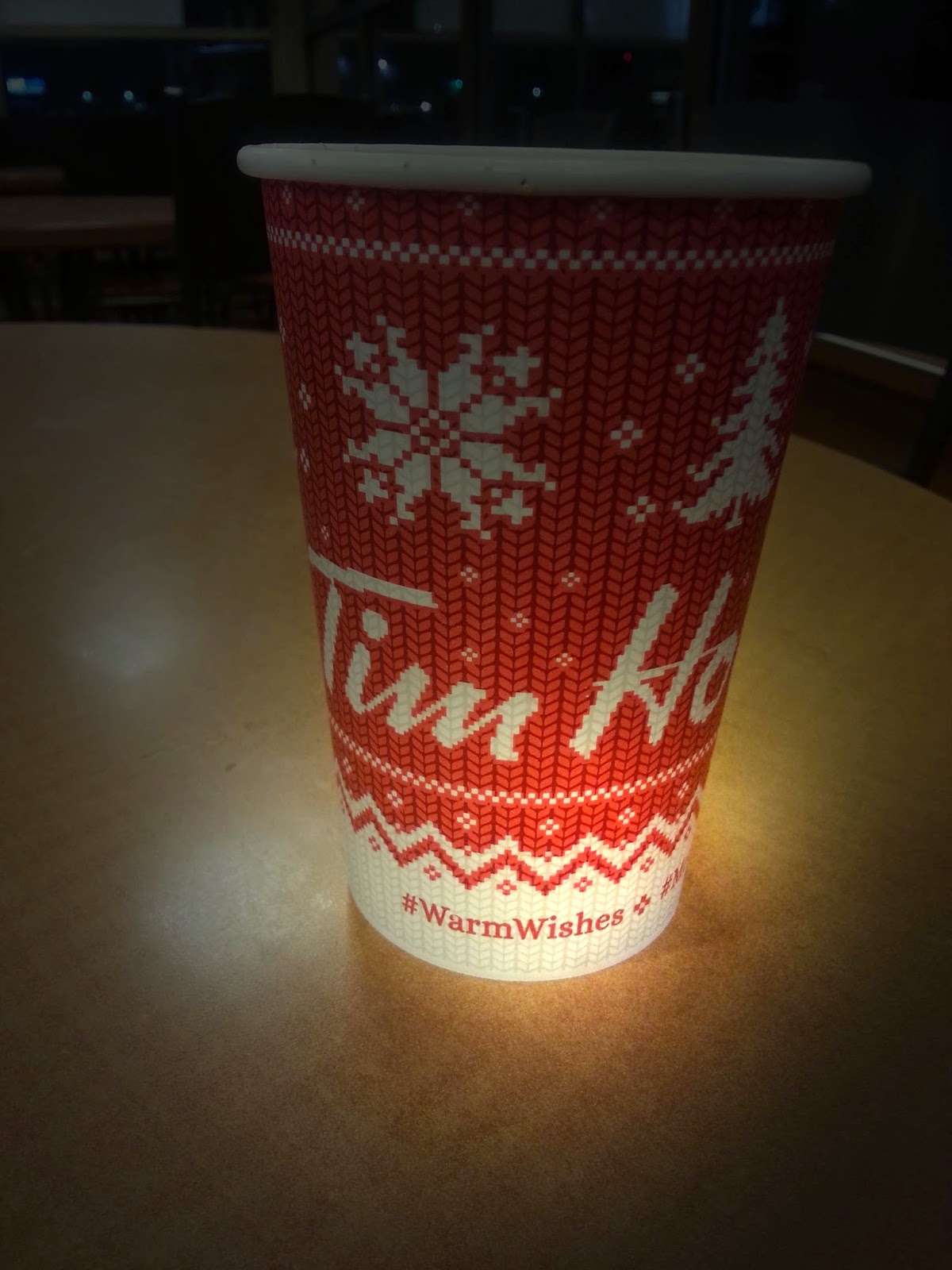 nd.
I married Denise Wesley in 1964. [The year Tim, himself started his coffee shop.]
And we raised three children.and have six grandchildren


The words above, in writing say Friendly but the live souls haven't the time to be kind. This makes good people feel strange.

First, allow me to say Merry Christmas with a song by this Child....

Tim Horton, the famous Hockey Player, wanted good coffee, and Friendly and Kind People to serve us. Wonderful people who wished us a Merry Christmas. I'm nudging his Spirit to have God bless the Corporate Owners to have them remember, we love people and not things like Fresh Coffee.
Their coffee loves their Cup.
"Who" loves me.
I'm switching to +don1933.
Give your employees the OK to care for each customer, according to her/his need for love. You will have more happy customers, who like good coffee.
And your human employees will feel the love customers have for them.
Put the words "use wisdom" back into the rules that
"Tim" and "his family" started with.
Listen to the Lesson, that John Lennox delivered to the students at Harvard Medical School, about our need for spiritual wisdom. He talks about having our IPad kissing us. [Robotically]

6:46 AM 12/21/14
What I found and read during the night ... [December 21, 2014] follows...
1)  "Corporations are rapidly becoming the new governing force and will replace nations. "
2)  "Religion was invented long ago by dark forces as a form of spiritual enslavement. It keeps humans from
thinking and keeps them at each other's throats. "
3)  "Most Catholics never think of these aforementioned facts, just as most other religious followers rarely
allow logic to penetrate into their minds. "All 3, in quotations above, is from the same mind:

I think this mind works for the Devil; to keep us confused, and is paid by the Corporations. - Don Wesley, and like Jesus... I want to over-turn the money tables.

I, Don Wesley see 3 world views , but live in 2 worlds; the healthy one and the one that harms. Thinking is my priority. I eat, only at Tim Hortons; and this Corporation, is about to become one of the biggest commercial kitchens on the planet earth.
I have little choice of where I eat. My catholic wife had me evicted. The word evil in French doesn't exist.
She knows what it means in English and I love her still.

Tim Horton, its creator (the Hockey Star) never told his employees how to think and feel. The Corporation, does tell its employees, how to think and what to say.  They demand that their employees, Follow the rules and put wisdom in the garbage.
"For here ?" is their first question to you when your turn is "ready"
Rule-controlled-people, who must ignore their hearts!
Sharing a warm thought wastes time, Horton rules say. 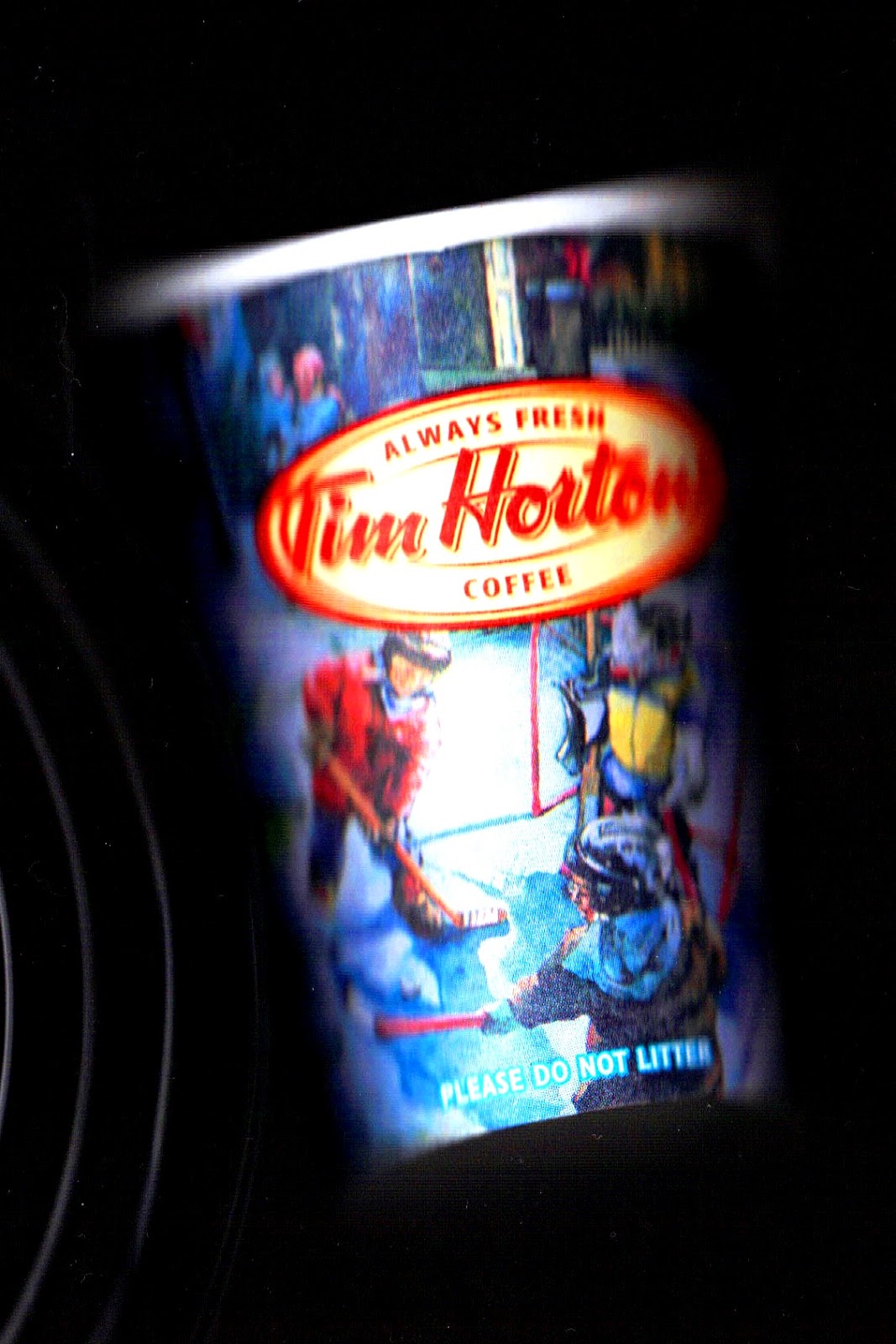 Tim Hortons owners, are confusing their employees and driving them to leave; high turnover means higher overhead. Not to realize that their Three (3) world views, is driving employees away.
Customers do miss these souls and will find them and follow them. They understand there are 2 worlds we live in, the world we live in now and the other one, that too many say doesn't exist.

My Friend Dennis, also is a very wise Soul who lives so easily in both worlds and is patiently waiting for what is already here to manifest itself. 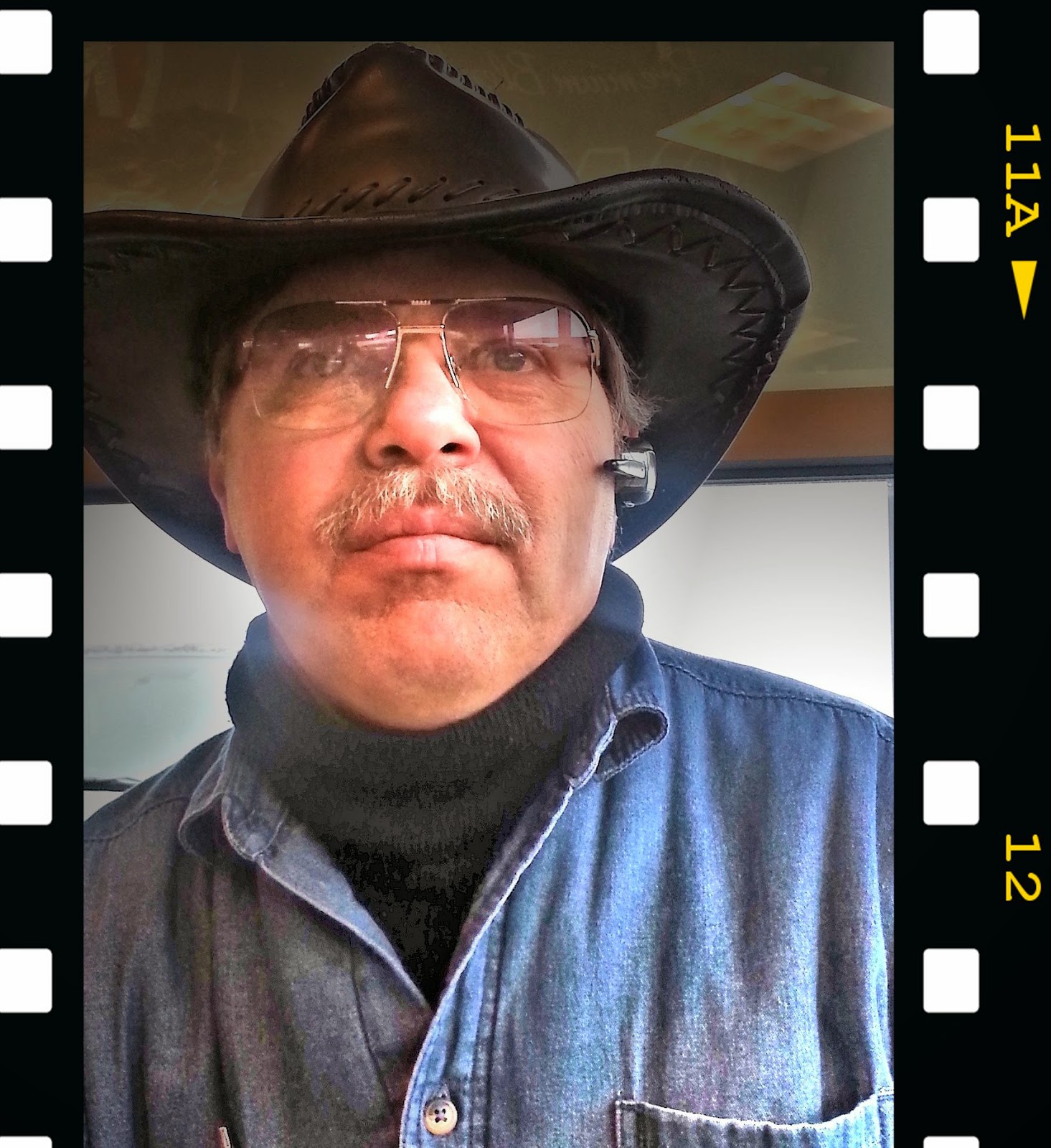 And the many Church people who meet in Tim's and buy a coffee.
Coffees are the enormous profit generators. Coke and Coffee. We are addicted to both. The Giants of Coffee - Nestlé's - Swiss Corporation.

The science of analyzing conversations, second by second - Elizabeth Stokoe

Published on Dec 4, 2014.
Prof. Elizabeth Stokoe takes a run on what she terms the “conversational racetrack”—the daily race to understand each other when we speak—and explains how to avoid hurdles that trip us up and cause conflict.
Elizabeth Stokoe is a British scientist. She studies conversation analysis. She is a professor at Loughborough University. She graduated from the University of Central Lancashire (Preston Poly) in 1993 with a traditional psychology degree. Then Stokoe completed three years PhD research at Nene College (Leicester University) with Dr. Eunice Fisher.
Her research included videotaping interaction in university tutorials, and conducting conversation analyses of topic production, topic management, academic identity, and the relevance of gender. She developed these and other interests while working at the Institute of Behavioural Sciences (University of Derby, 1997-2000) and University College Worcester (2000-2002).
Stokoe joined the Department of Social Sciences at Loughborough in October 2002 and was promoted to Reader (2007) and Chair (2009). She teaches on the BSc Social Psychology programme, covering modules in relationships, qualitative methods and forensic psychology.
Stokoe developed the Conversation Analytic Role-play Method (CARM), an approach based on evidence about what sorts of problems and roadblocks can occur in conversation, as well as the techniques and strategies that best resolve these problems.
CARM won Loughborough University's Social Enterprise award (2013).﻿
Posted by Don for INN-JUSTICE at Tuesday, January 06, 2015

Emotional Intellgence - How God looks upon us and urges Growing up. 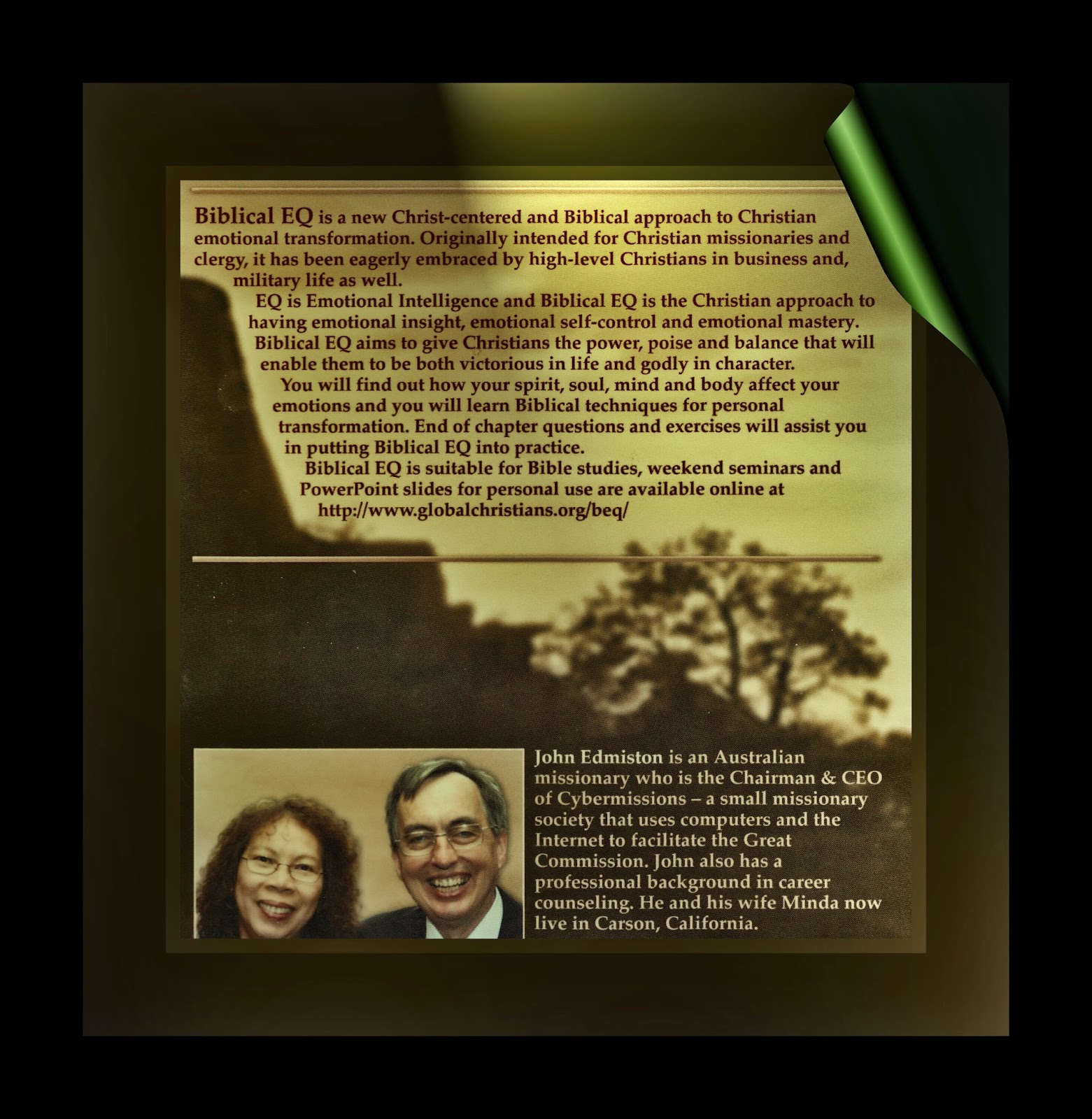