Christian Help was there for me - Don John Wesley was Broken Hearted.- 2012.

When I was really hurting....
Peter Burn really helped me. Until the end of this month I live in Chesterville.
The couple here, no longer need me.
They have declared from the beginning
that they are not Christians.
What is going on here?
Witch-craft it is called.
“It’s an insane world, and in an insane world, sane organizations make no sense.”
We need One God and his ethical code:  summarized for executives into 10 commandments.
Please see,
http://innjustice.blogspot.ca/2015/04/victor-roth-is-what-god-asks-of-us-find.html 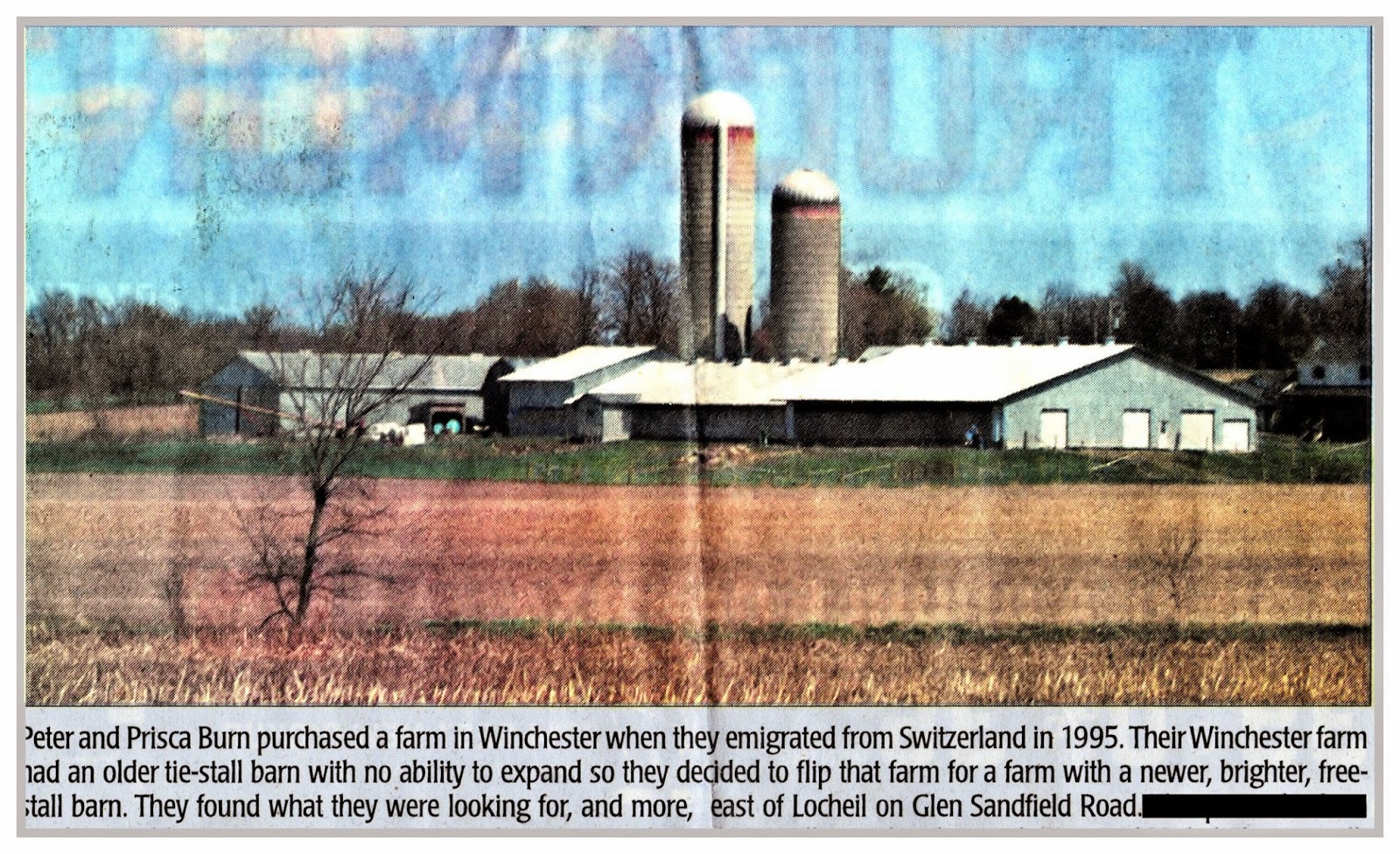 ﻿
﻿
﻿
Peter Burn thinks and says he is a very serious Christian and he truly knew how much hurt I felt. He also knew about the wealth my family stole and destroyed from me. Peter, turned out to be not a true Christian at all. Too ego-centric!
When he was living in his old Farm he was there for me when I felt like telling God to take me to heaven right now. However I never worried about dying and going to Heaven.
The other place did frighten me and does even more right now. I see islands of Hell, right here on Earth!   !|!
When he moved into His new farm with a six thousand square foot Home; with three private bedrooms for his visitors, I thought he would rent one to me.

He had to get his family to agree to do so: but they chose not to help me anymore. Over $30,000 per month.
Their income is enormous and they didn’t need my tiny rent money.
The better side of this story is as follows!
When I was a teenage boy, my Mom and me lived in a one room apartment with a fold down bed. I can recall the many nights when 8 people slept in our little apartment until we got them Jobs. Four in the fold up/down bed. We fed these people also. My Mom was a real Christian.
That is only 65 years ago.
What is happening to our Christian Culture in Canada: is a steep decline as we slip back into Witch Craft. http://innjustice.blogspot.ca/2015/03/on-our-earth-we-monitor-each-region-for.html
The problem with very serious Christians is that they disagree about what the “Living Bible” Means.
There are more than 200 published versions of the same history of Jesus.
75 % of Canadians believe there is a God. 65 % believe in Jesus  - facts from CBC in 2015.
When I lived in my own Home, [for 45 years] we sometimes went out for a fancy restaurant meal!
Now I eat all my meals in Tim Hortons, the fast food factory.
Sometimes a good family invites for a Home meal!
What has happened to the Family way of living?
There are very few true Christians and too many who practice Witch Crafting.
I have just 15 days to move out once again, from 61 College Street, Chesterville, Ontario, Canada.
June 30, 2015. The command came from Roger Boake and Monique O'Rourke, one night ago. They sent me an email - subject: urgent.
There was no fire, I could see.
Anti-social disorder I saw clearly.
When they needed my rent payments for Roger
they welcomed me in.
www.google.com/+donwesley
Posted by Don for INN-JUSTICE at Sunday, June 14, 2015 Links to this post