Amazing seven year old sings Fly Me To The Moon


Amazing seven year old sings "Fly Me To The Moon"

THE TROUBLED MINDS & Professor - Elyn Saks on life with schizophrenia 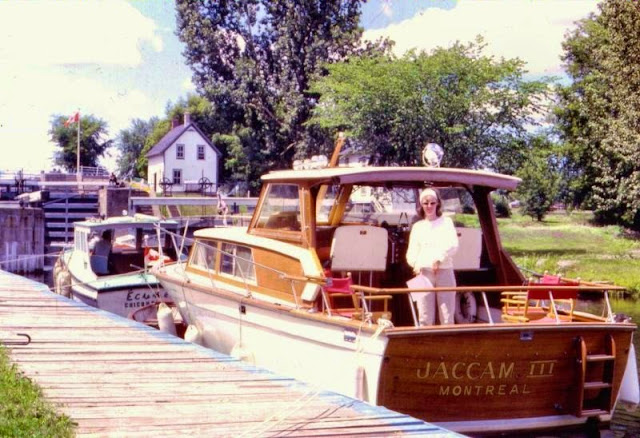 
Posted by Don for INN-JUSTICE at Monday, December 21, 2015 Links to this post

Denise and Don Wesley have heard the Higher Call from God

Hello and welcome. Today is October 31, 2014.
This post you see below, is the one most watched, since I opened my Google Blog.As of 10 minutes ago that is 361 times. My goal is to get to know God and what he can do. Since I was 3, I knew he was there to care for us.

A Marriage made in Heaven
For our children - What happen to Mom ?﻿﻿ 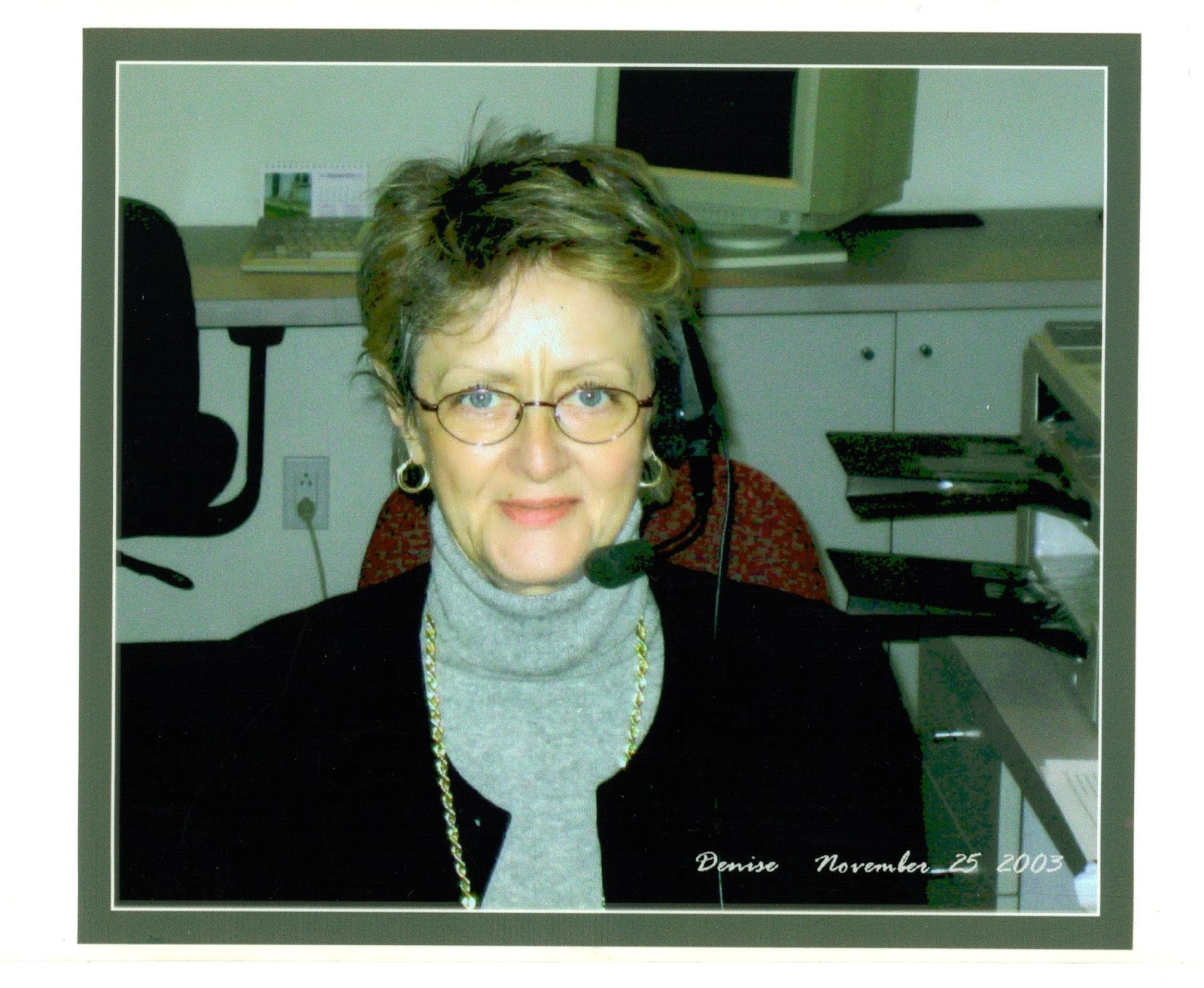 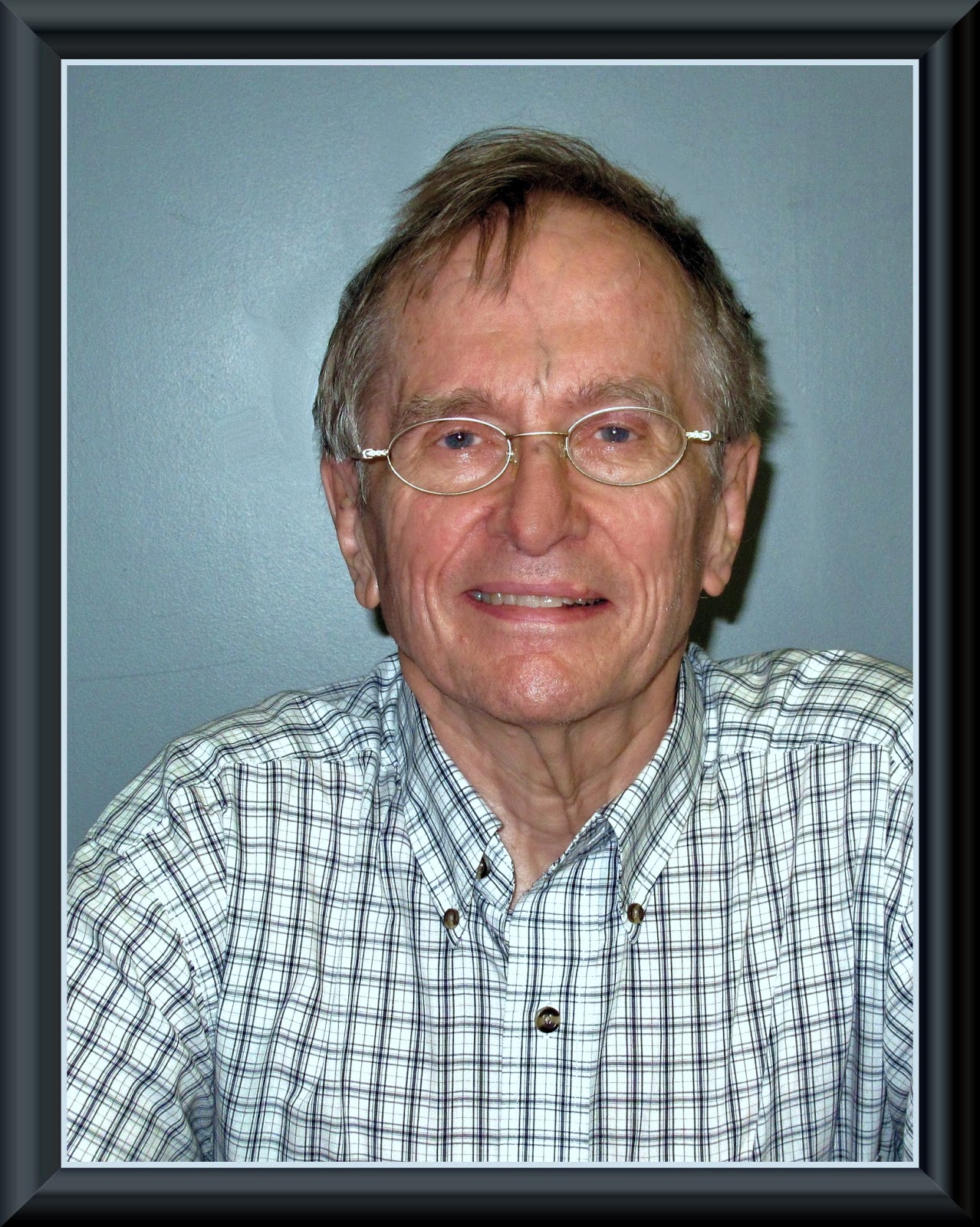 This picture was carefully taken by Son Ling Soh 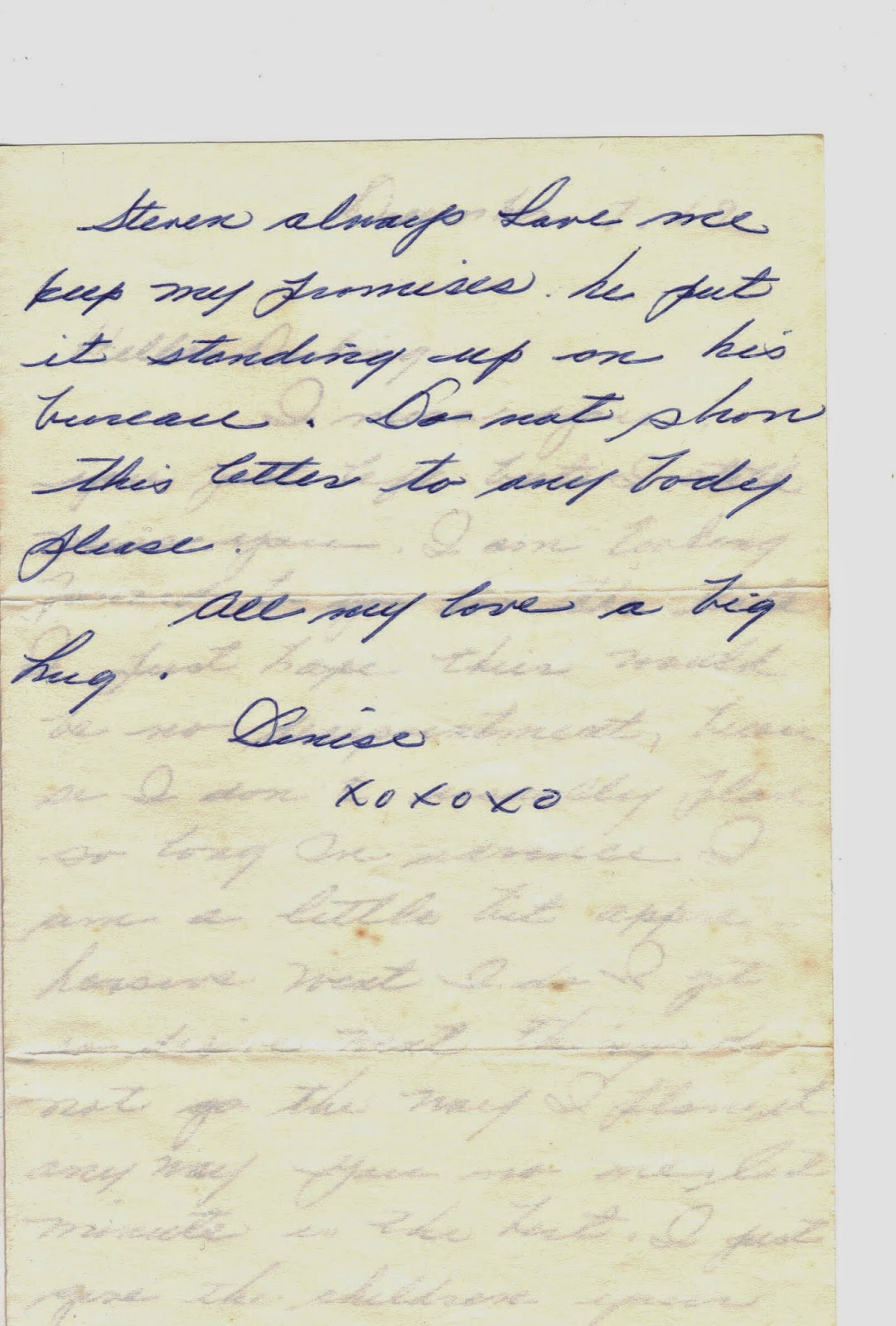 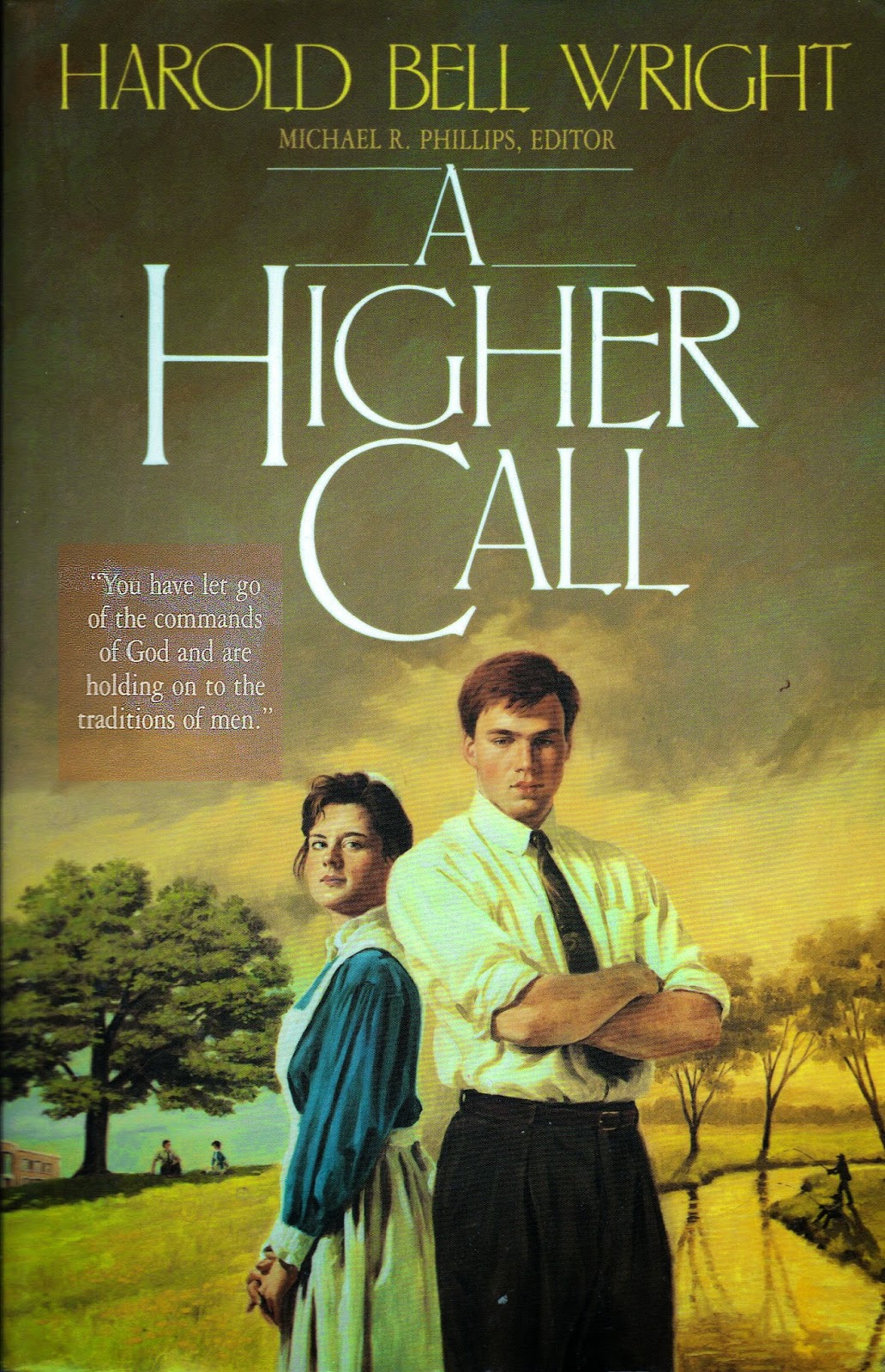 "I just loved singing and dancing with my Sweetheart Denise
Because I just love her"
Don, April 21, 2013
Instructions for the MUSIC below.
To keep this picture, while listening
open the music in another TAB
right click, then open

The INN of Justice LOL

October 2014!
I just say to all of you, that things haven't changed it seems. But God himself has sent me a message to say new lessons are here for us now. "But he says, that light is his love and that is all we need to live. "
www.google.com/+donwesley

INN - Justice is here to raise awareness; to have the aware and
"can do" individuals of our nation tell our government "enough."


“All that is necessary for the triumph of evil
is for good men to do nothing.”

I am a victim of a divorce motion and have lost all my wealth.

I am in my 78th year and should never have been "thrown" into this devastating life; but here I am to tell my true story, just like other family stories, exactly the same.

We are being "thrown" out every single court day.
From Home to Homelessness!

I raised 3 boys together with my wife in a home, that I bought in 1969, and nurtured it's growth around us, to cradle us to our natural ends. My home was paid for and without debt.
Now safe in another home, with my wealth, my wife shows no conscience or remorse.
"The courts paid her to Divorce him."
Is fraud involved?  I believe there is,
because evidence shows me there is.


"There are thousands of victims like him
who did nothing wilfully wrong."

An RCMP officer told me that he sees this happen; cyclically/daily and is powerless to do anything about it; seeing families devastated. He is one of many officers who have told me so.


"It is a systemic process of injustice."


I continue to love my wife although she made a very bad decision "alone." It is an insane decision! It was not a family decision; as one unit, with Father being consulted.
The abuse is devastating and it has been more than two years of pure hell on earth.
I have kept careful digital records of the Court processes
and have written many essays over the two years.


These records reveal the miss-doings as well as showing that:
"Court processes are given precedence over people."

More detailed explanations are to be found in the archives tab in this page. The essays are factual, and objective, expressing  sorrow, frustration, pain, and apathy.

The Knowledge accumulated during this time
is more than enough to challenge those who did wrong.

Knowledge is the best of the three recognized Power types: The other two are the Gun (the court and its police) and money. The time used by the Judges isn’t more than hour or two, but the consequences flowing from them have delivered our wealth, into other hands. I along with too many other victims have been abused by our own courts. This is reality and it is happening now.
"The Break-down of families is a national social Crisis."

See the many articles all ready being posted to this web site. Our memories of the injustice we have to endure will never leave us. We the victims are poisoned for our remaining days on earth.


We will use all Knowledge Powers to keep these memories alive forever.

This Blog Site "INN-Justice" will share these "memory thoughts" with you the reader.
The building blocks of each story will be assembled (Essay block by Essay block) according to its own architect, a "Victim."

"Pathological individuals" within the government and the courts across our nation are responsible for making us "victims."

Officers of the law have come forward to declare these truths. I also am an Officer of the Crown (1952)

"INN - Justice" is here to raise public awareness; to have the
aware and "can do" individuals
of our nation tell our government "enough."
I Now Need - Justice.


Send emails to your friends to have them visit:

An Interview with God - Must Watch

When they say you will be killed ~ What do you think and do?

After my wife's parents died her nephew told me the Family secret. 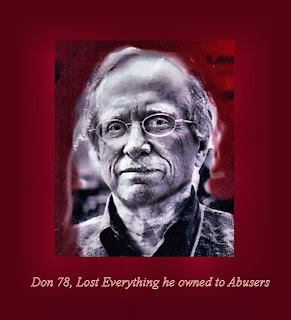 Had I been informed 40 years earlier, I would not have married Denise Wesley.
Before my Military Psychiatrist  died, he told me Denise will  "Kill Me."


At that time, I didn't believe he could predict the future!

If you knew a dark secret about a friend's past, would you tell his or her significant other? In 2004, 47-year-old Carl "Charlie" Brandt murdered his wife, Teri, and her niece, Michelle, before hanging himself. But what most of his friends and family didn't know at the time was that Brandt had killed before. When Brandt was 13, he shot and killed his pregnant mother, shot his father — who survived — and attempted to shoot his sister, Angela, who escaped. Brandt was not charged but was placed in a psychiatric facility. After he was released one year later, his family packed up and moved out of state, where no one knew about his past. Members of Teri and Michelle's family join Dr. Phil in search of answers. Who knew about Brandt's history, and why didn't they come forward?
Brandt's ex-brother-in-law, Jim, joins the conversation and admits he knew about Brandt's dark past when he introduced him to Teri. Why does he say he kept the secret from her? And, what red flags does he admit he missed? Plus, authorities say unsolved murders may be connected to Brandt. Was he a serial killer all along?
Then, in 2013, the body of missing 18-month-old Elaina was found in a box in a garage. Her mother, Angela Steinfurth, and Angela's then-boyfriend, Steven King, were convicted of murder and sentenced to life in prison with eligibility of parole in 18 and 35 years, respectively. What do they claim caused baby Elaina's death? Angela's half-sister, Mary, and Elaina's father, Terry, say they are struggling to come to terms with the tragedy and want to know how they should approach the subject with Elaina's 4-year-old sister. How can the family move forward after such a devastating loss?