Published on Sep 8, 2012
This alternative therapy employs vitamins, minerals, and amino acids to create optimum nutritional content for the body, as well as the right environment and equilibrium. Like most alternative medicine techniques, orthomolecular medicine targets a wide range of conditions. [depression, bipolar, adhd, schizophrenia, add, addiction, alcoholism, drug addiction...] Orthomolecular medicine was developed by Linus Pauling, Ph.D., winner of two Nobel prizes, in 1968. It is designed to enable individuals to reach the apex of health and the peak of their performance by utilizing only naturally occurring substances (e.g. vitamins, minerals, enzymes, trace elements, co-enzymes). The proper balance of these substances in the body is the key to reaching physical, mental, and emotional health and stability.
Orthomolecular medicine can be used therapeutically to treat diseases such as cancer
and AIDS, or preventatively to impede the progress of degenerative disease and aging.
When all is said and done, however, the main objective of orthomolecular medicine is to help the patient reach an optimal level of health; his or her self-esteem will probably improve in the process. Although orthomolecular medicine did not fully develop into a therapy until the late 1960's when Pauling coined the term "orthomolecular," the premise behind this practice originated in the 1920's, when vitamins and minerals were first used to treat illnesses unrelated to nutrient deficiency. It was discovered that vitamin A could prevent childhood deaths from infectious illness, and that heart arrhythmia (irregular heartbeat) could be stopped by dosages of magnesium. Hard scientific evidence supporting nutritional therapy did not emerge, however, until the 1950's, when Abram Hoffer, M.D., and Humphrey Osmond, M.D., began treating schizophrenics with high doses of vitamin B3 (niacin). As a consequence of their studies, it was revealed that niacin, in combination with other medical treatments, could double the number of recoveries in a one-year period.
Eventually, it was determined that malnutrition and consumption of refined, empty-calorie foods such as white bread and pastries and overconsumption of sugar could yield disease and psychiatric disorders. It became apparent that a person's diet was an overwhelmingly integral part of his or her health and well-being. Further studies showed that decreased intake of dietary fiber, bran, minerals, and complex carbohydrates was prevalent in patients with certain forms of mental illness, accompanied by a loss of vitamins and an increase in dietary fat. Biochemical individual is a main principle of orthomolecular medicine. This principle was elucidated by Roger J. Williams, Ph.D. This principle is quite simple: every living organism is unique! Furthermore, each individual requires different relative amounts of nutrients for his or her satisfaction and optimal level of health. The government sets a minimum recommended daily allowance (RDA) which is supposed to be adequate for all individuals. However, many may need to exceed the RDA as well as the recommended 2,000 calorie diet in order to prevent severe deficiency disease. Thus, RDA values are not perfect guidelines for everyone. Several studies have proven the existence of biochemical individuality. For example, studies of guinea pigs showed a twentyfold variation in their requirement for vitamin C. A study conducted with human subject revealed that children have varying needs for vitamin B6.

Posted by Don for INN-JUSTICE at Saturday, January 10, 2015 Links to this post

Lord I Need You

My name is Don Wesley. I need Him also.


Chris Tomlin - Lord I Need You

I Dis-like Bullies... and those who use them. YOUR HONOR?

My name is Don Wesley
I have a friend... down under who is just getting on the train to Hell.
Your Honors' Court for separating Families; a processing system. 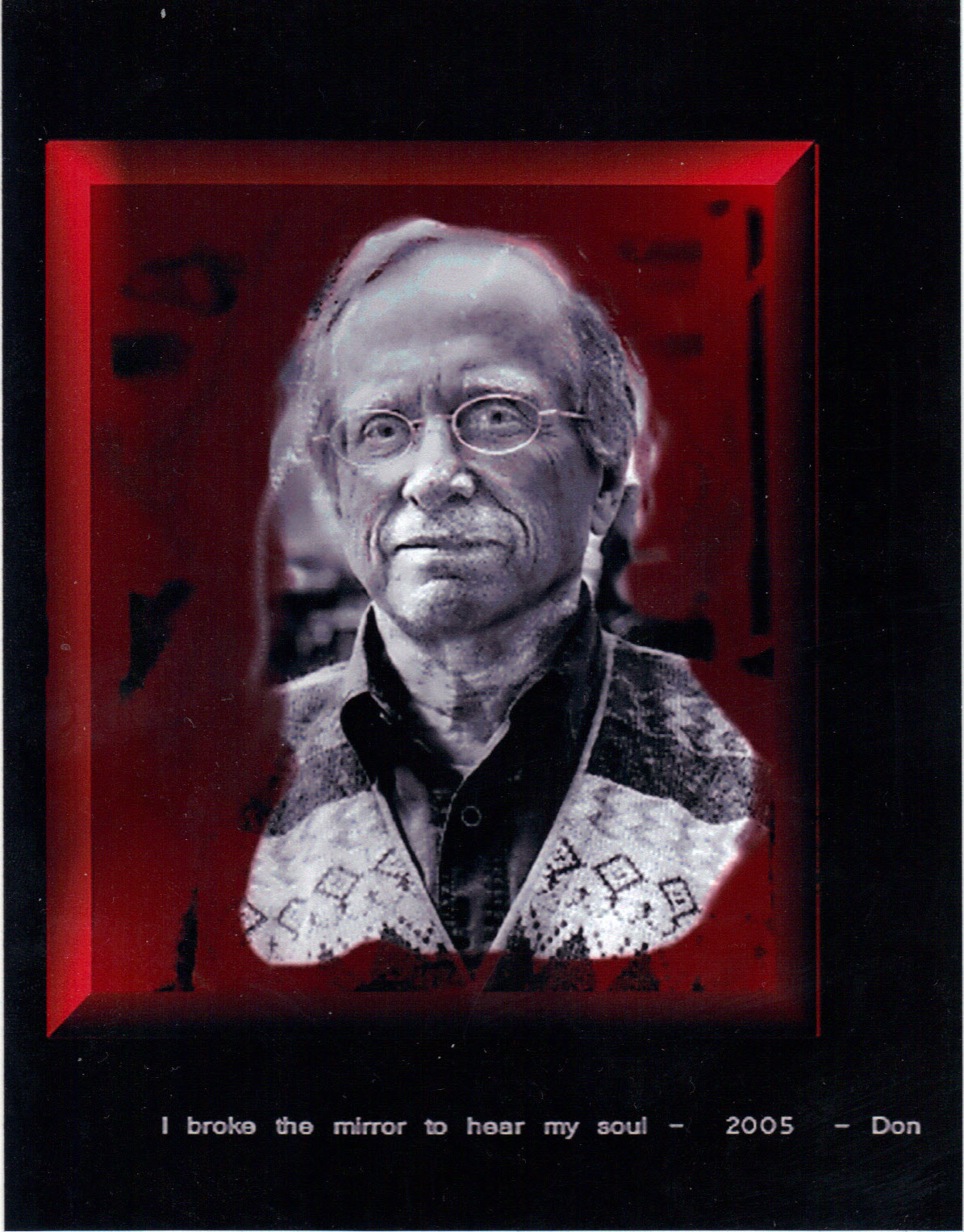 Uploaded on Feb 6, 2008
Juli Alexander, Executive Director of Redress, Inc. candidly discusses the present condition of the American judicial system. Examples of life destroying decisions void of common sense, morality and law handed down by judges are cited. The newest malady evolving from courtroom encounters called "Legal Abuse Syndrome" is explained. The
accountability, qualifications and even the sanity of some judges are questioned and with good reason. The self policing or rather non-policing of judges is discussed and questioned.
The fact that many actions have now been undertaken by judicial officers to protect themselves from the very people that they are sworn to protect is offered as a prime example of their fear of retaliation by those they "judge."
The phenomenon of "power addiction" is also introduced.

Don't let yourself become the next court room victim leaving a hearing wondering what happened to justice. See and hear what Juli has to say.

Posted by Don for INN-JUSTICE at Saturday, January 10, 2015 Links to this post