A Letter I wrote back in 2010 ~ It is a lesson valuable now in 2016.
I felt like Little King David fighting the Giant Goliath 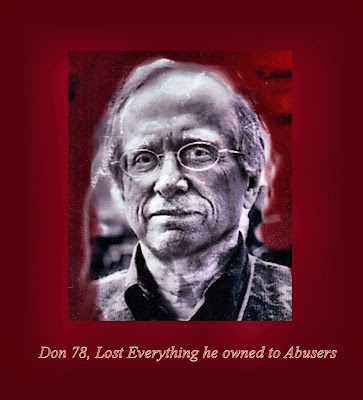 
Dr.  JaiDev, was a senior in the Sikh Temple in Ottawa; which I was partly living in.He found and needed me to help him.
Then, I needed Him.

Thank you for the attached document 'Becoming Present.'

I am very experienced in staying in the present; I have been in the present since I was a child. However the dynamic processes unfolding, like court processes, are  a fight, and one needs to constantly take measurements of the three elements of the power balance in order to make adjustments during the fight for survival.

These times in action; are very difficult and at times one does bleed. In that regard I need help and a warrior’s shelter. I am facing several fronts simultaneously and where I get the energy is being in the light of the universe.

I am not in exclusive control of when and I where I sleep next, nor in control of how my access to cash flows is to be inventoried. It is a very complex situation for me given that I am facing overwhelming adversaries who have extraordinary powers' in comparison to mine.

Your input to this reality which unfolds before me; [unfolding changes] almost as fast as the winds change: I welcome.

I need someone in my corner of the 'fighting platform.' I am in the present and need the stillness to intuit my way to a higher level.

I am not always smiling with awareness for the other beings in my presence. I would have liked to have learned more about your son Dev, while he sat with us at the meal he had prepared for us, but at the same time I needed to hear your feedback for My Dear Diary document.

As an example I think about a hockey player who is in the 'Zone of playing' who suddenly finds himself, facing an attacking bystander to the game; his behaviour towards this new attacker may momentarily be seen as irrational/inappropriate to an innocent bystander. The bystander may make ad homonym remarks which are of course remarks of the dark or ignorance.

I need you in my corner of the fighting platform ring.

Until soon with warm love

Changing a Malicious Thought. ~ A DNA picture Message - No Sound.


Changing a Flat Tire is not ~ Changing a Malicious Thought.


Reasoned Thinking and Acting Morally would save Our Precious World.
Don Wesley 1933.
My Intention is Teach and some times to use the name Shameful.


To Escape from Malicious thinking: Go to the following link in red:
﻿﻿


Praising The Creator of all those living things.