2015 February 6.
To see more of the "Thinker" Stories.. follow this link below.
www.google.com/+donwesley/posts

A mid-night dream deep inside of my conscious mind


Gilles and Nicole Prevost, renewed their Wedding Vows.
Denise and Don Wesley must solve their problem and renew theirs too.
This will truly be a miraculous thing and make many of their old friends happy.
They both were injured as a child. That's what brought them together.
They love and protected all children.
Make it an October Spring and start loving again

If only it could happen! Philip Zimbardo shows how people become monsters ... or heroes | Video on TED.com
http://www.ted.com/talks/philip_zimbardo_on_the_psychology_of_evil.html?directed_target_id=0
Posted by Don for INN-JUSTICE at Friday, February 06, 2015 Links to this post

To see more of the "Thinker" Stories.. follow this link below.
www.google.com/+donwesley/posts


Notes - added by Forensic Investigators December 5, 2013.
This note concerns, “the letter from Don in reply to Denise's letter to Don on Xmas Eve 2008.”

1)  Don’s letter was a PDF document.
2)  This type of document is “all type written” and can not be changed, by the receiver of the document.
3)  Denise received this document from Don over the internet.
4)  Denise gave this document to her lawyer.
5)  Denise’s lawyer filed this document with the court. [See the court applied numbering.]
6)  Denise before giving this document to her lawyer... added several comments in hand-writing.
7)  The hand written notes, changed the meaning of the message that Don had framed.
8)  The message now suggested that Don was threatening that he would kill her!
9)  The court has accepted this as a fact.
10)  Changes such as this type is the crime of perjury.
11)  Denise signed an affidavit, that this numbered court document is the truth.
12)  In order to understand what the true story is, we must hear what Serge’s story to Don and Denise was.
13)  In the story from Serge's mouth, he said he divorced his wife because she was constantly telling his important friends, stories which demeaned him....  and
14)  She had also been arrested by the Eaton’s Company for stealing and writing bad cheques. She was found guilty. She was also Miss Canada a few years earlier. Denise and I knew them very well. And we liked both of them; a very beautiful couple!
Serge was a former lighting engineer and worked for Don and attended the marriage of Don and Denise.
15)  Denise heard this Story from Serge, and said “she agreed she demeaned Don behind his back; but hadn’t stolen anything.  [Yet]”
16)  This explanation 'reveals the lie and the truth. '
17)  Women injured as children, do over time reveal they lie, steal and destroy their husbands in this manner.
18)  Doctor Lundell, predicted this would happen to Don.
19)  Denise had been abused as a child by a family member.


Investigator [To remain unknown until the day in court] 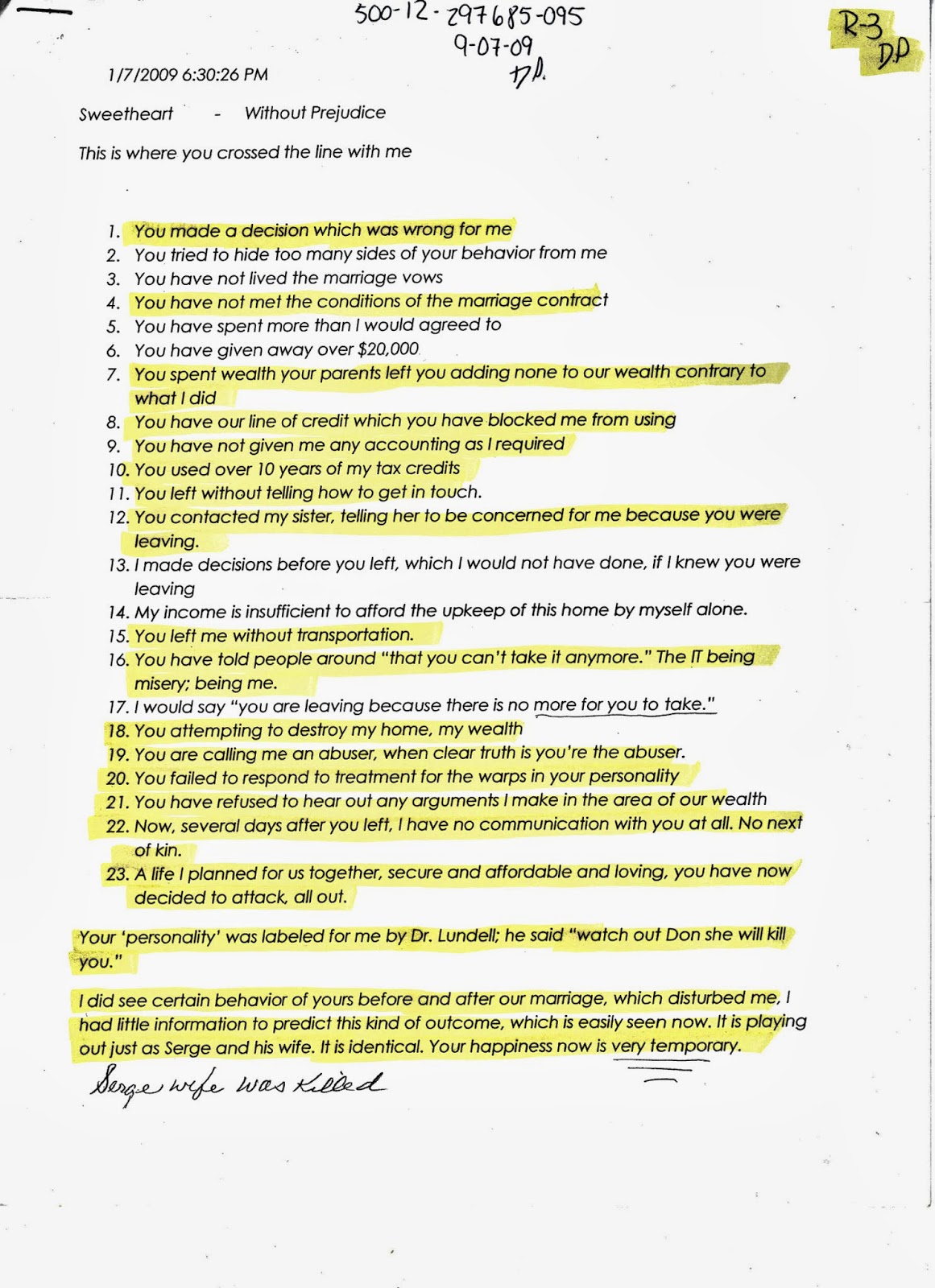 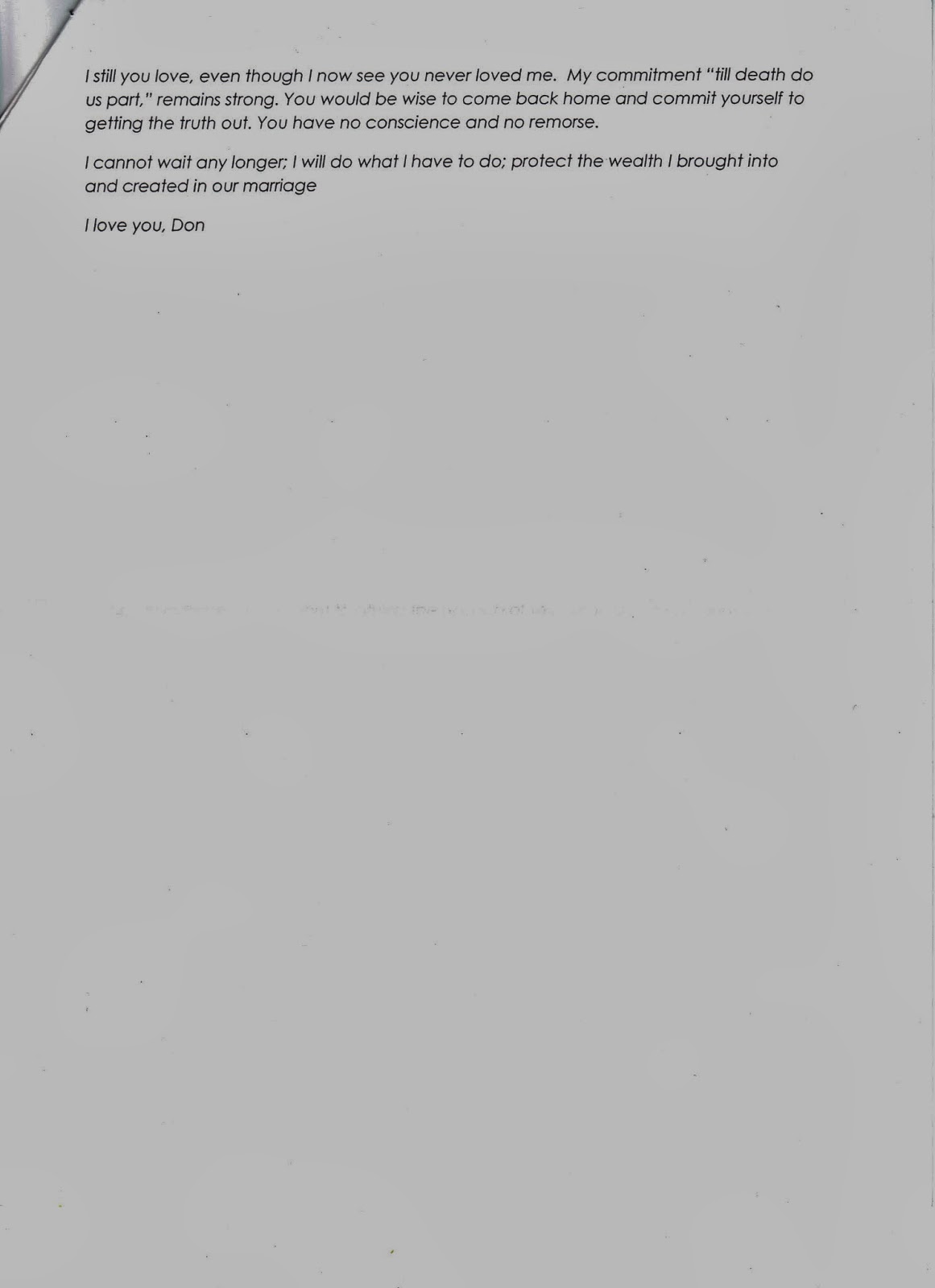 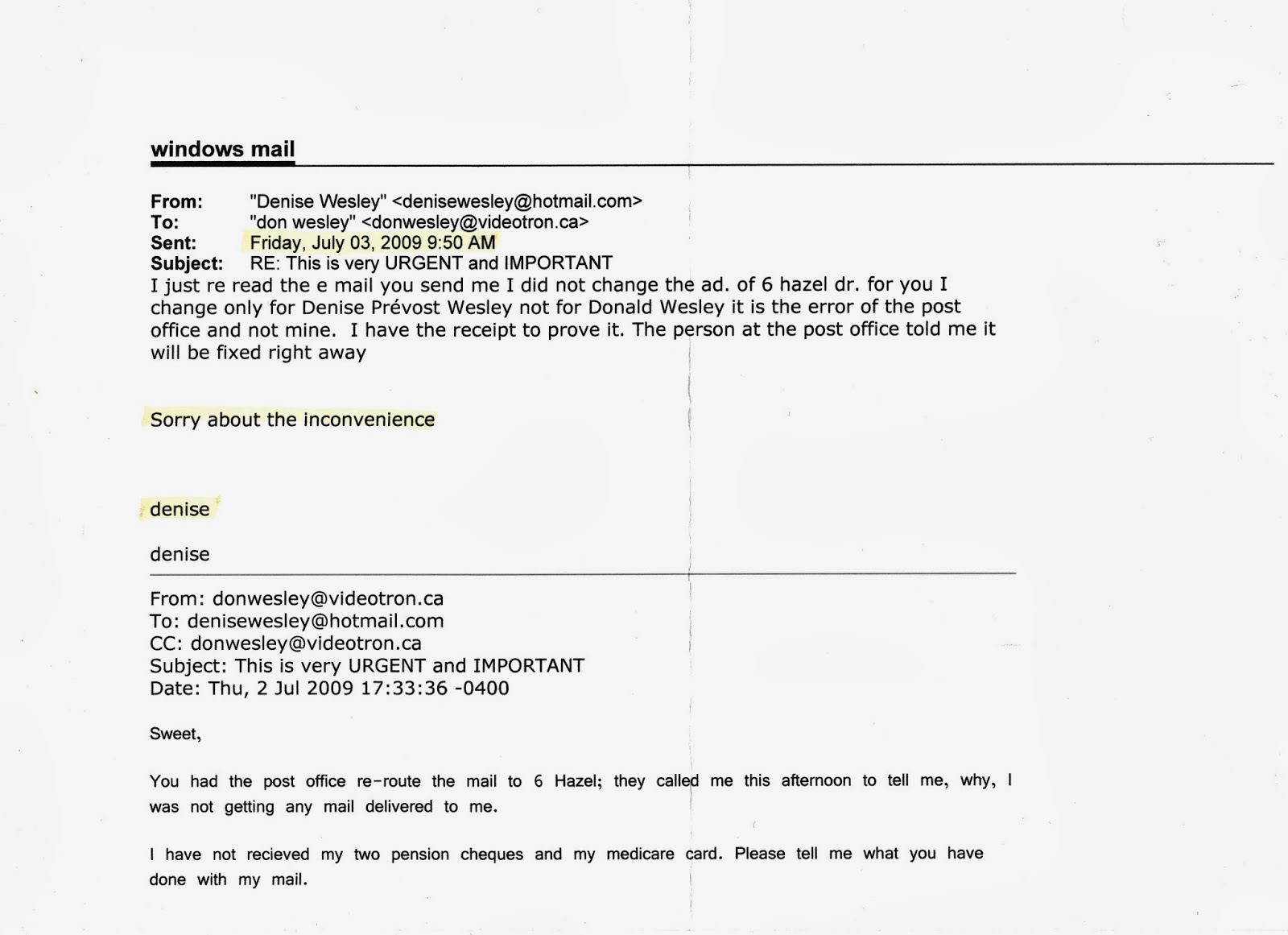 Posted by Don for INN-JUSTICE at Friday, February 06, 2015 Links to this post